The Emerald Documentary Series is back for an inspiring second season! Produced by the Alberta Emerald Foundation and created by Hoopla Media, this season features our 29th Annual Emerald Award recipients in their own documentary shorts.

The Agroforestry & Woodlot Extension Society (AWES) was formed in 2010 out of the Woodlot Extension Program, a government initiative to encourage sustainable development of private forests. The non-profit restructured and added agroforestry to its mandate in recognition of the prevalence of agriculture within and around these forests.

The Municipal Climate Change Action Centre (MCCAC) has partnered on over 500 projects with non-profits, municipalities and other organizations since 2009. A collaboration of the Alberta Urban Municipalities Association, Rural Municipalities of Alberta, and the Government of Alberta, the centre provides funding, technical assistance, and education to realize green projects across the province.

2020 Emerald Award recipient in the Education category, presented by ABCRC

In Australia, some schools include semesters spent at remote outdoor campuses where hiking and kayaking are regular features of the curriculum. When Nancy Pollard returned after a few years teaching in the land down under, she wanted to bring that style of education to Canada. “I just thought we have to make this happen,” Pollard says. “There has to be a way that the outdoors can be embedded in a school rather than just part of the phys ed class.” With the support of school administration, she launched the Wisdom Inquiry Learning Doing, or W.I.L.D, program in 2014 at École Manachaban School in Cochrane, Alberta, ideally-located near the forests of the Rocky Mountains. The class of Grade 8 students regularly take their lessons outdoors and go on field excursions, including a final four-day backpacking trip. Pollard teaches the core subjects, embedding the outdoors and nature into as many subjects as she can. But students also learn wilderness skills through activities like pitching a tent or preparing meals that develop their own confidence and independence even as they learn to work as a team.

Around 2004, Stephanie Bennett helped jumpstart the Cochrane High School Sustainable Development Committee alongside another teacher. The first iteration of the student-run club raised close to $50,000 and installed the first set of solar panels on the school’s roof. Over the years, the committee has done community outreach and campaigned for environmentally-friendly technology in a bid to make sustainability a reality in their school and town.

In 2017, St. Albert became the first municipality in Canada to own a fleet of long-range electric buses. Mayor Cathy Heron, who served as a councillor from 2009 until being elected mayor in 2017, says the move fits in with residents’ concerns for the environment.

For more than a decade, sustainability has been a focus at the Edmonton Convention Centre (ECC). The 150,000 square foot convention centre hosts over 500 events and serves 250,000 meals in an average year. The complex nestled in Edmonton’s river valley is a city-owned not-for-profit — a model that helps drive its environmental goals, according to the centre’s sustainability manager.

The Viking Bluebird Trail numbers more than 1200 nest boxes and stretches along 275 miles of road in Beaver County. Pres Winter started the massive bluebird trail in 1977 with just 200 nest boxes given to him by the then-director of John Janzen Nature Centre. At 79 years old, he still tends and bands baby birds with no intention of missing the next season in 2021.

Steve McIsaac says when experiential learning group Inside Education started doing youth environmental leadership summits for students in 2011, they were answering a need that was already there. “We believe and we have learned from students that they’re fundamentally disinterested in waiting until some magical day, in quote marks, ‘when I grow up,’ to make a difference,” he says. The typical summit sees twenty high schools invited to a three-day weekend of programming, offering around 80 students and 40 teachers the opportunity to hear from keynote speakers — from cabinet ministers to scientists to First Nations leaders — and take part in hands-on workshops. The most recent summit, which happened in March just before the pandemic struck, was based around agriculture.

Dale Hodges Park is at once a stormwater facility, a public park and an art installation. That threefold purpose was born out of the City of Calgary’s WATERSHED+ program, which brings together planners from Parks and Water Resources as well as artists from Public Art.

Glen Smith remembers the night Eco-Growth Environmental first tested its biomass dehydrator. Employees loaded up around two hundred pounds of food waste and left for home in the wee hours of the morning. Fortunately for the building, it was a success. The processor turned the waste into a dehydrated biomass, shrinking its volume by around 80 per cent. Eco-Growth has also designed a specialty boiler that can be fueled by the biomass, which Smith says burns at around 8600 to 9000 British Thermal Units per pound — higher than the typical 7000 BTUs of wood. Using the biomass as feedstock is also considered carbon neutral, Smith says. In 2018, Eco-Growth started working with the Surmont Operations Waste and Liability Strategy committee to implement a food waste diversion program at the ConocoPhillips bitumen recovery facility in Surmont. Eco-Growth technology turns around 385 kilograms of raw waste, including food, organics, paper and grease, into 77 kilograms of biomass every day. It’s then used as part of an industrial process to soak up hydrocarbons at the plant. 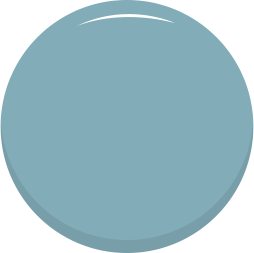