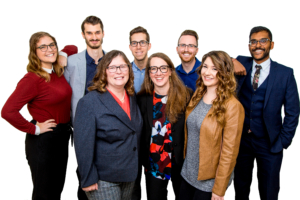 The Municipal Climate Change Action Centre (MCCAC) has partnered on over 500 projects with non-profits, municipalities and other organizations since 2009.

A collaboration of the Alberta Urban Municipalities Association, Rural Municipalities of Alberta, and the Government of Alberta, the centre provides funding, technical assistance, and education to realize green projects across the province.

Director Trina Innes says municipalities are on the frontlines of the climate change battle.

“They are where people live,” she says. “They’re where a lot of the economic and other costs — financial costs, human costs of global warming — it’s where people are hit the hardest.”

“It’s also the place where some of these really innovative solutions in clean energy can be put in place and realize a lot of savings and be very visible and inspire other people.”

The scope of the centre has grown since its creation. In its first eight years, the centre received approximately $14 million in grants to launch programs for energy management and solar panel installation.

In 2018, the province provided $54 million to fund a five year suite of programs — the centre has since gone from a team of three when Innes joined that year to eight.

The work of the MCCAC can be seen in more than 100 municipalities across the province. Its Alberta Municipal Solar Program, for instance, helped the southern Albertan town of Airdrie install what is thought to be Canada’s largest rooftop solar panel, expected to reduce greenhouse gas emissions by over 1,000 tonnes a year.

Innes says the centre is aiming to get more involved in the climate adaptation space, identifying where climate change impacts will be felt and how to prepare to reduce those risks.

“So anything from flood prevention measures to strengthening their buildings,” she says.

Innes says the drive towards energy efficiency and renewable energy can be an opportunity to invest in a green recovery as Alberta deals with the economic challenges wrought by an oil glut and the pandemic.

“Putting that lens on things as we get people back to work would be basically a win-win-win.”