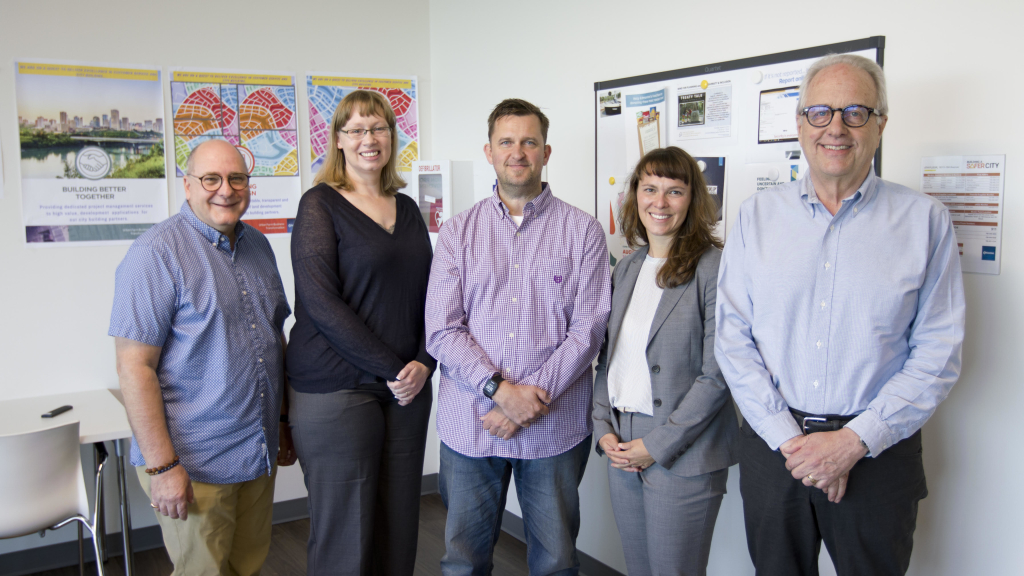 With the release of the Government of Alberta’s Primary Land and Vegetation Inventory (PLVI) in 2010, over 75% of rural Alberta was described by this and other provincial land-cover inventories. While the project mapped rural parts of the province, densely populated urban areas were simply classified as combinations of residential or industrial development and neglected to recognize municipal natural assets such as stormwater ponds and urban agriculture which provide valuable ecosystem services.

Edmonton’s 2007 Natural Connections Strategic Plan established the City’s move toward viewing its natural areas as holistic and connected, biodiverse spaces. After assessing how to improve its stewardship of land use and management, the City of Edmonton drew on the province’s experience to create its own “urban Primary Vegetation and Land Inventory” (uPLVI).

Edmonton’s uPLVI project was publicly launched in 2015, and its compatibility with the provincial PLVI system paints a broader picture of the region’s natural assets. The uPLVI added 11 site types to the provincial system and demonstrates how even non-natural site types provide key ecosystem services like buffers or wildlife habitat and corridors. Remotely sensed data from the uPLVI is being used for monitoring, research and strategic land management. The data can be used to track how municipal greenhouse gas emission levels are being impacted by land-use change and partnerships with the University of Alberta has allowed urban planners to better understand wildlife corridors and problematic “pinch points” for wildlife movement through the City.

The natural asset mapping has solved mysteries while telling compelling conservation stories. Although urban planners knew that larch, black spruce, and birch communities were the least common forest types in Edmonton, the uPLVI showed that these rare stands make up only 0.001% of the City’s land. Similarly, recognizing that important wetlands in Edmonton’s far southeast corner made up one-quarter of the city’s remaining natural wetlands brought about a timely move to protect (through planning and purchase) half of those important areas.

The City of Edmonton’s Principal Ecological planner, Catherine Shier, says of winning the Emerald Award, “The City of Edmonton is very honoured to be the recipient of the 2019 Emerald Award. We know that the Alberta Emerald Foundation and its award program is a catalyst to raise the overall performance of environmental stewardship in Alberta. Thank you for helping us share our story about the important role that Urban Municipalities have in protecting Alberta’s ecosystems!”