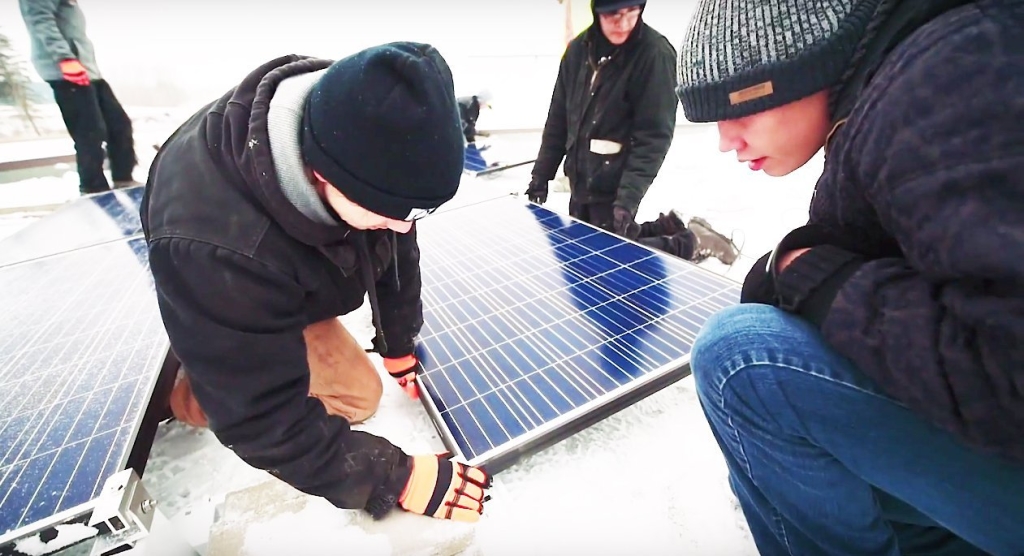 The Indigenous Electricity Technical Working Group (IETWG) was created to explore Indigenous participation in the growing renewable energy industry. The group was a result of the Government of Alberta’s move towards 30% renewable energy by 2030 and a commitment to foster a greater socio-economic capacity for Alberta’s Indigenous Peoples. The IETWG brought together First Nation and Métis leaders, technical experts, the Alberta Electric System Operator (AESO), and provincial and federal government representatives. Roundtable talks allowed for discussion and generated understanding about financial and strategic aspects of the energy industry so that Indigenous communities could make informed decisions about how best to participate in the renewable market.

Beginning in 2017, AESO administered, implemented, and advised the Government of Alberta’s competitions for projects through the Renewable Electricity Program (REP). This program was created to promote large-scale renewable energy projects throughout the province. With the second round of REP (known as REP2), social aspects of development bids were taken into consideration. For the IETWG, this social component meant that the alliances formed with private energy companies had to allow for 25% Indigenous ownership and quality job outcomes for the partnering First Nations. Of the 18 projects in the request-for-proposal stage of REP2, the Blood-Kainai First Nation, the Sawridge First Nation, and the Paul First Nation bids were selected to build five new wind projects in southern Alberta.

Not only did these REP2 recipients achieve their social, economic, environmental and cultural objectives, they also set a historic precedent as the “most cost-effective Indigenous utility-scale renewables program in Canada,” according to a Government of Alberta news release. The IETWG helped to surpass the REP2 target of producing 300 MW of renewable energy for the grid by generating 363 MW of power when all projects are complete. In the midst of a complex electricity market, the IETWG overcame numerous hurdles including land regulations, tight timelines, as well as working through the social and cultural differences within a diverse group of stakeholders in order to support Indigenous participation in Alberta’s electricity market.

Renewable Electricity Advisor, Michael J. Smith says of his work with the IETWG, “It was incredibly motivating to be part of a process that was both innovative and engaging. The capacity growth for all of us was healthy. Acknowledgement by the Emerald Foundation makes the experience all the more rewarding.”