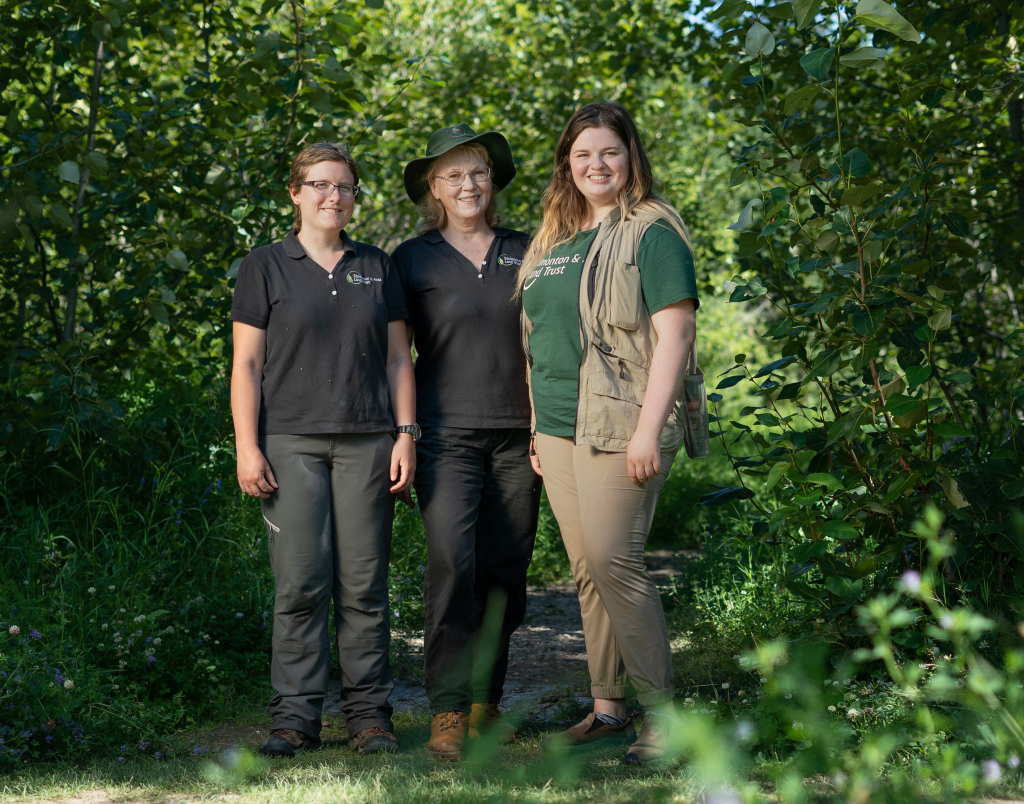 The area surrounding Edmonton is considered the most fragmented and densely populated ecoregion in Alberta. In the 1990s, public support for a local land trust began to build. Six organizations wanting to conserve native habitats through public engagement joined forces to create the Edmonton and Area Land Trust (EALT). With only six volunteers, limited public visibility and no properties with which to rally donor support by 2007, long-term change was needed for EALT. When Pam Wight became the non-profit’s Executive Director in 2008, she created partnerships and built organizational capacity.

A decade later, the organization has four full-time employees (with additional seasonal staff), stewards twelve land donations totalling 2,243 acres, has partnered with over 120 youth, Indigenous and business allies, and has recorded over 15,000 volunteer hours. Unlike many of the province’s land trusts, EALT owns most of its land. This means more boots-on-the-ground volunteer work to maintain trails, control weeds, put up bird and bat boxes, cap unsafe vents, and remove unnecessary harmful barbed wire. Throughout the past decade, EALT has also engaged the public with their Protecting Pollinators program, Go Wild for Geocaching project, inspired citizens through regional “Nature Notes’ columns and established a social media and blog presence with practical, informative messaging.

As a way of acknowledging how the land was traditionally stewarded by indigenous hunter-gatherers, EALT has hosted dinner events that highlighted local foods. The “Nature’s Nourishment” dinners led to a recipe book (by the same name) which featured local berries, nuts, herbs, and fungi as both food and traditional indigenous medicine.

As a way of deepening their connection with indigenous land stewards, EALT approached amiskwaciy Academy about a Cree naming project for one of its conservation lands. Students from the amiskwaciy Academy worked with Grant MacEwan University’s Indigenous Studies program students to do a species inventory of the Glory Hills land. After sharing their experiences and speaking with Elders, they chose the Cree name maskihkîy meskanaw, meaning ‘Medicine Trail’. When asked what the Emerald Award means as EALT looks to its future, new Executive Director Sheila Campbell says, “It certainly inspires us to continue our work conserving natural areas for wildlife and biodiversity, and for people to enjoy.”