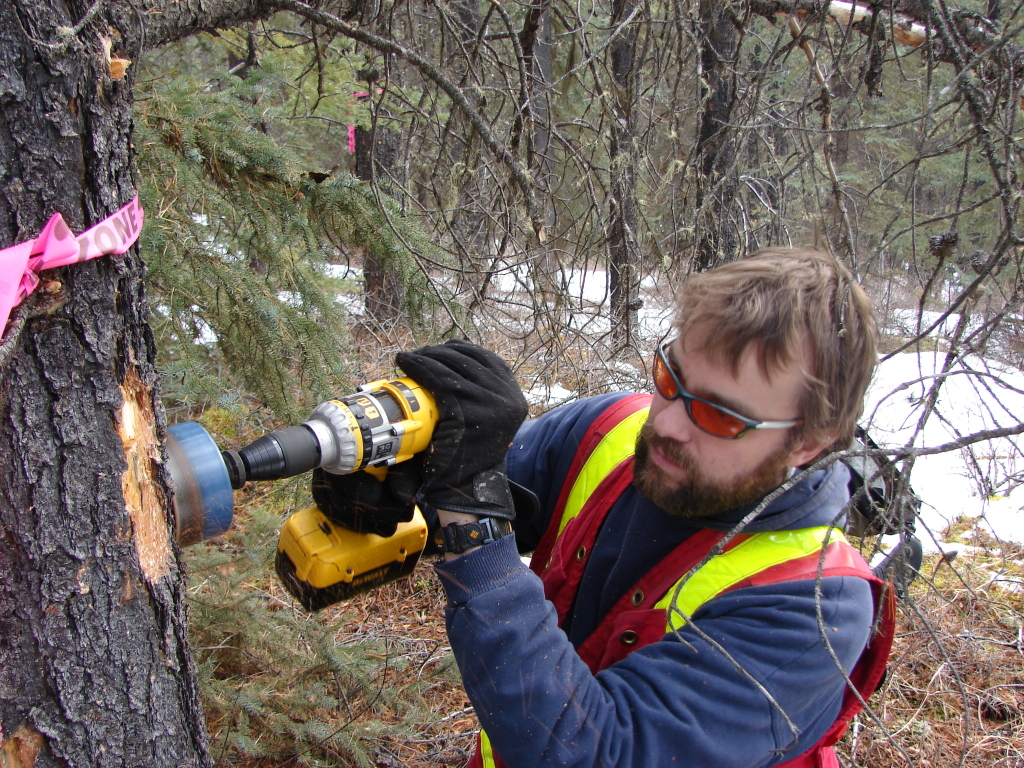 The NSERC TRIA-Network: turning risk into action (2013-2018) for the Mountain Pine Beetle epidemic was founded in the TRIA Project which ran from 2007-2012. The collective focus of the TRIA Networks was deciphering the MPB complex using sophisticated research methodologies and communication. Heightened concern over the extent to which the MPB infestation could affect Alberta’s pine forests prompted an immediate coordinated response. It was envisaged there would be significant impacts on forest environments and associated ecological services such as water conservation and quality, wildlife habitat, traditional uses, recreation, fibre supply, tourism, and trapping. Furthermore, changes in forest composition, structure and succession would also cause changes to wildfire frequency through induced alterations (fuel supply, temperature) associated with climate change. The NSERC TRIA-Networks “led the charge” to understand the intricacies of the beetle system to manage the northward and eastward expansion of the MPB. This immense effort intended to support the protection and preservation of forested landscapes and their capacity to provide ecological services that underpin ecological, economic and social environments. The urgency became more acute when the beetle was discovered to have successfully expanded its range into Boreal jack pine, a finding that made the beetle problem a national concern.