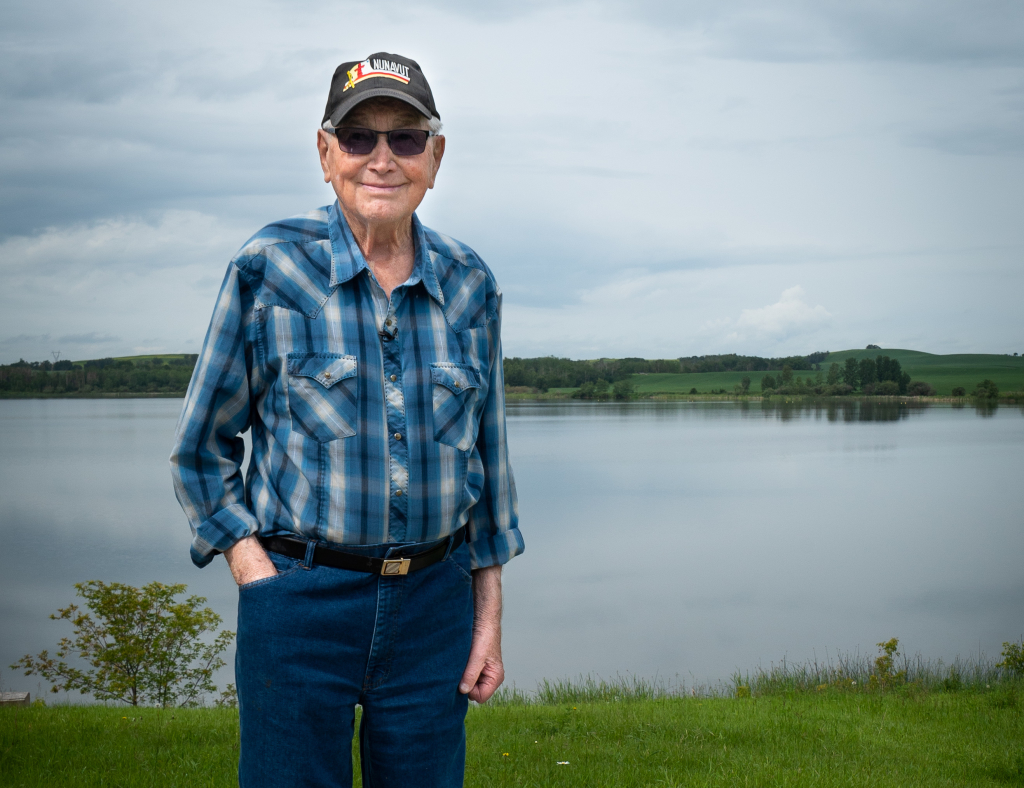 Lloyd Dahl was raised on a farm near Donalda, Alberta, which fostered his lifelong passion for the natural world. After working in a sawmill in BC, Lloyd began a lengthy career with what later became Corrections Canada (CSC). He noticed that inmates who worked on campgrounds in wilderness areas and park trails throughout BC gained self-esteem, improved mental health, and had a greater sense of responsibility. Lloyd went on to oversee similar parks and wilderness projects throughout the Northwest Territories and Alberta, having a hand in the creation of 22 natural areas in western Canada.

In 1978, Lloyd retired to the village of Alix, Alberta in order to be closer to his family. When the village council decided to build a nature trail around Alix Lake, he agreed to become involved. His vast experience led to his appointment as the village’s Public Works Supervisor. After Lloyd officially retired in 1987, the trail was not maintained and soon fell into disrepair. Several concerned citizens, including Lloyd, formed the Alix Nature Trail Society (ANTS) to protect and care for the trail. Lloyd served as ANTS’ original president and his wife, Arlene, later took on the role. Lloyd acted as trail supervisor for many years, cutting back overgrowth, putting up bird nesting boxes, points of interest signage, and wrapping trees to protect them from beaver damage. Not only did he help build the Alix and Haunted Lake campgrounds, Lloyd also applied for grants to protect lake health by stabilizing the banks and mitigating the impacts of agricultural runoff. He also raised public awareness about blue-green algae and the importance of caring for the region’s lakeside areas.

At age 90, Lloyd Dahl has spent over four decades advocating for Alix Lake and still walks the trail whenever he can. As he does, he stops to enjoy the fruits of his labour and savours a moment with the chickadees that come to rest on the brim of his hat. Lloyd said, “On the farm, I learned to work. In the Reserves, I learned discipline and teamwork. As a Corrections Officer, I learned the value of positive motivation to change lives. I continued to learn valuable life lessons and to demonstrate those to family, friends, and my community. […] None of my accomplishments could have been achieved alone.”