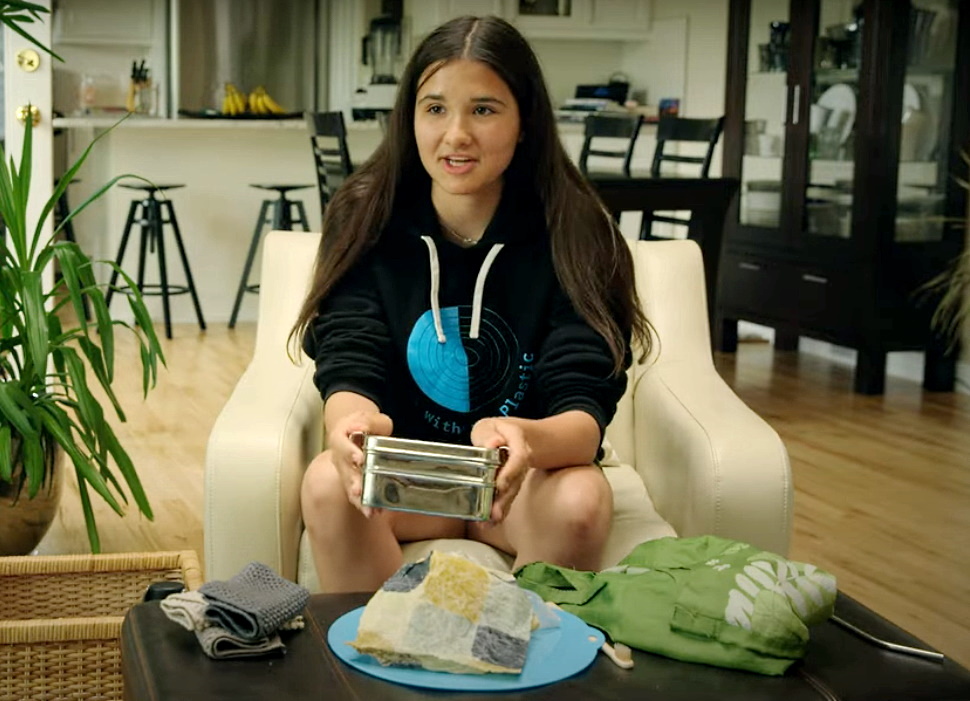 In Grade 7, Jade completed a Social Studies plastic. The amount of single use plastic that is used by individuals in Canada bothered her and she wanted to do something about it.

She began talking to businesses,  councillors and the mayor of Cochrane,  and  gave  a presentation to Town Council asking them to ban single use plastic bags and straws. Shortly after that, the Federal government announced they would be banning single use plastics so the town declined my proposal.  She didn’t stop there though. She began getting others involved and started an organization called Lives With Less Plastic.

Through Facebook and Instagram she began getting the community involved, educating them in plastics, microplastics, recycling and how they could reduce their environmental footprint.  She began giving presentations to children from grades 1-10 (older than I was)  and building partnerships with local businesses. Her school made t-shirt bags, and partnered with a local pharmacy to have a Bag Borrowing Station. She received donations of yarn and made reusable items to be sold on Facebook.

Inside Education asked her to speak at youth and teacher conferences. When Covid hit, she had to change things up.  She organized two garbage cleanups in Cochrane, created a website, and pivoted the school presentations to “virtual”. She was featured in a Telus documentary.  For Plastic Free August, LWLP featured 31 ways to reduce environmental footprints. She now has two university students helping and have more youth in her high school leadership involved.