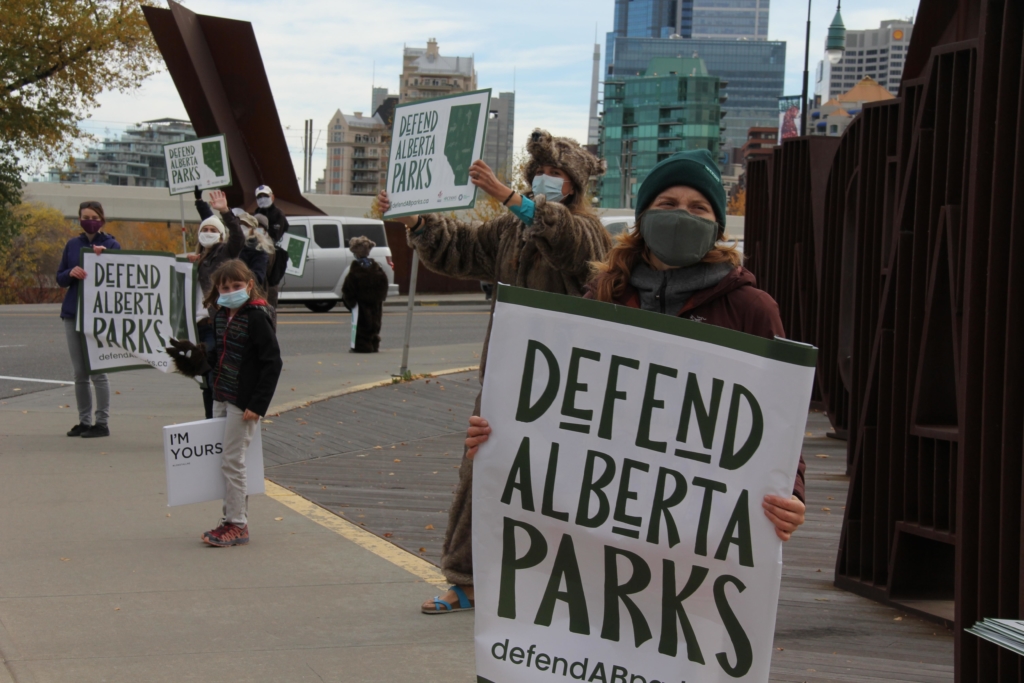 With the help of thousands of volunteers and supporters from across Alberta, the goal of Defend Alberta Parks is to ensure the province’s parks remain protected within the Alberta Parks system. The campaign began in February 2020 to oppose the Government of Alberta’s decision to delist and close 175 provincial parks (the “Optimizing Alberta Parks” plan). Throughout 2020 our team worked to raise public awareness of the issue, address misinformation, encourage Albertans to write or call their MLA, and support other grassroots efforts. We also hosted a series of virtual events and published infographics and blogs to serve as shareable resources. In September 2020 we launched a lawn sign campaign and mail drop, and were astounded by the public response: to date, over 23,000 letters have been sent using our online tool and over 20,000 recyclable lawn signs have been ordered province-wide. In December 2020, the Government of Alberta walked back the “Optimizing Alberta Parks” plan and confirmed all park sites would remain protected. However, our team knows that the threat to Alberta’s parks is not over, as the Government of Alberta will introduce new parks legislation in 2021. If not done carefully, these changes could weaken protections for far more than 175 parks. The Defend Alberta Parks team will continue to advocate for the protection of Alberta’s parks, and we are currently working towards new actions and engagement tools to educate and mobilize our audience on the anticipated changes to parks legislation.