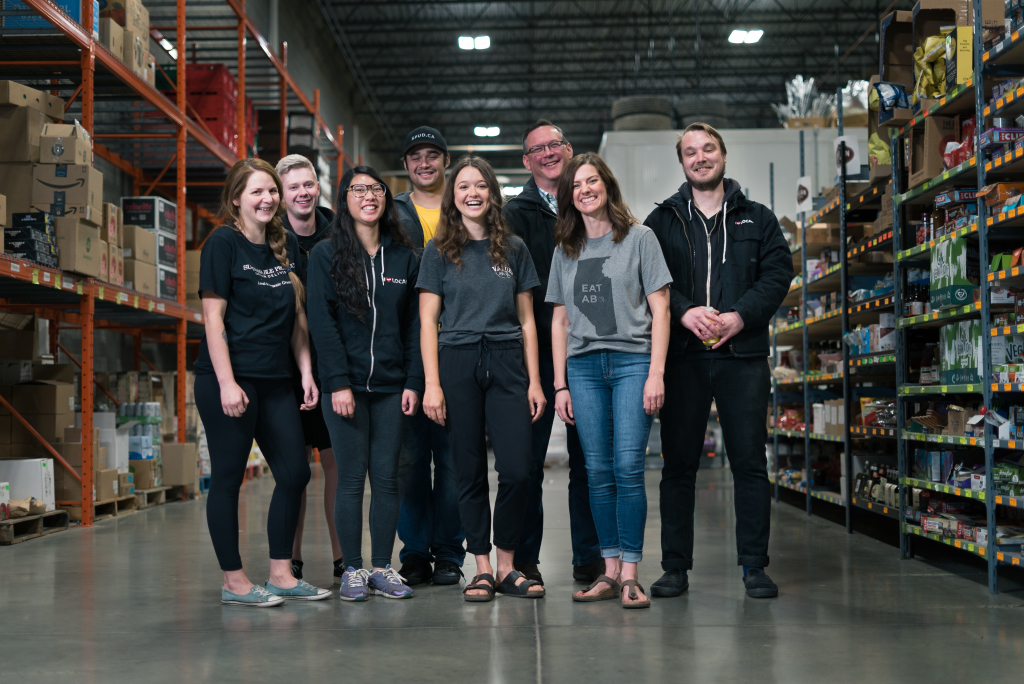 Sustainable Produce Urban Delivery (SPUD) sources and delivers local groceries to their customer’s doorsteps. Since expanding to Alberta in 2005, the company has modelled how a social enterprise can “change the world, one bite at a time”.

Part of SPUD’s commitment to sustainability has been to model how food waste can be minimized in innovative ways. Pre-ordered online purchases mean no in-store displays and an accurate estimate of inventory, so perishable items are not stocked unnecessarily. SPUD is also dedicated to changing customer’s perspectives on buying imperfect produce, which most retailers dispose of. As Canada’s lowest waste grocery company, less than 0.5% of SPUD’s products are sent to the landfill.

SPUD encourages its consumers to join them in their campaign to reduce food waste in their homes. According to the National Zero Waste Council of Canada, consumers are responsible for almost half of Canada’s food waste, so SPUD’s “Let’s Not Waste” campaign uses social media to educate consumers about doing their part. Over 10,000 Instagram followers see their #letsnotwaste posts, which give consumers creative tips on how to reuse or redirect food waste.

Georgie Hyland works in community engagement at SPUD and says, “It’s awesome to be recognized by the Emerald Awards for what we do in terms of food waste.” Hyland says another aspect of SPUD’s current waste reduction effort is focused on taking back and recycling customers’ used bottles and soft plastics. She says that the company plans to be 100% responsible for all the packaging they sell by the end of 2019.

Food that can’t be sold has a place in the farming life-cycle. SPUD Calgary has partnered with Blue Mountain Biodynamic Farm since 2005 to donate food scraps for livestock or compost to the farm each week. Blue Mountain Farm co-owner, Kris Vester, says that SPUD was setting an example of environmental commitment and leadership “long before the public awareness of issues surrounding food waste had reached the critical mass necessary to persuade most enterprises to take steps to reduce waste. They deserve recognition for their efforts and commitment.”